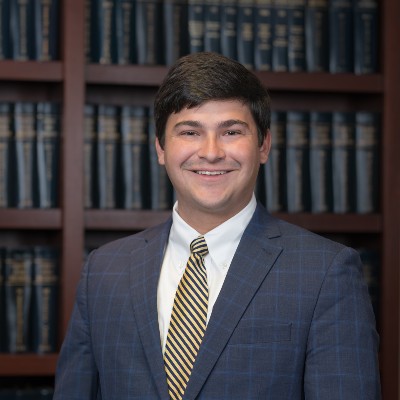 Jacob recently joined Friedman, Dazzio & Zulanas, P.C. as an Associate Attorney. He will maintain a general litigation practice. Jacob earned his Bachelor of Science from The University of Alabama, and received his law degree from Samford University’s Cumberland School of Law where he was named to the Dean’s List and received a scholar of merit award for his work with Nonprofit Corporations. Jacob was also elected to serve as a representative of the law school for the Student Bar Association. Prior to joining the Firm, Jacob served for a year as a Judicial Clerk for the Honorable Judge Jim Hughey, III, Circuit Court Judge of the 10th Judicial Circuit of Alabama.

Jacob was born in Birmingham, Alabama and is an avid Alabama football fan. He lives in Birmingham with his wife, Tyler, and their dog, Piper.